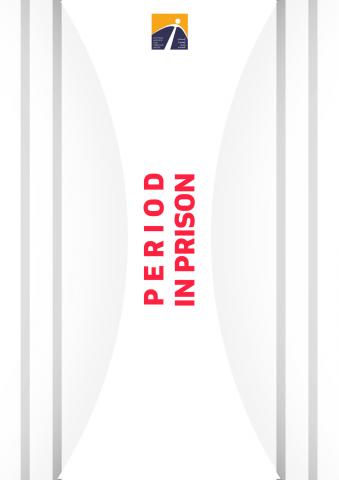 On  International Women's Day, The EIPR launched the online campaign "Period in Prison" this campaign calls on the prison authorities to provide cotton-based sanitary pads to female prisoners free of charge. In doing so, the campaign also seeks to destigmatize menstruation and present sanitary products as a basic bodily/health need for women.  This campaign is a gesture towards seeing women (and trans men and any other non-gender conforming people who may have period needs) and their bodies more fully; it is a step towards making room for a wider spectrum of bodies in our legal system, beyond that of the heterosexual man.

Open-ended interviews with five former female prisoners (2 criminal, 3 political prisoners) in Qanater and Damanhur prisons highlighted how the absence of their bodily needs in the law plays out in their everyday lives in economic and health-related terms.

Legal Background:“Your body is not seen by the law” 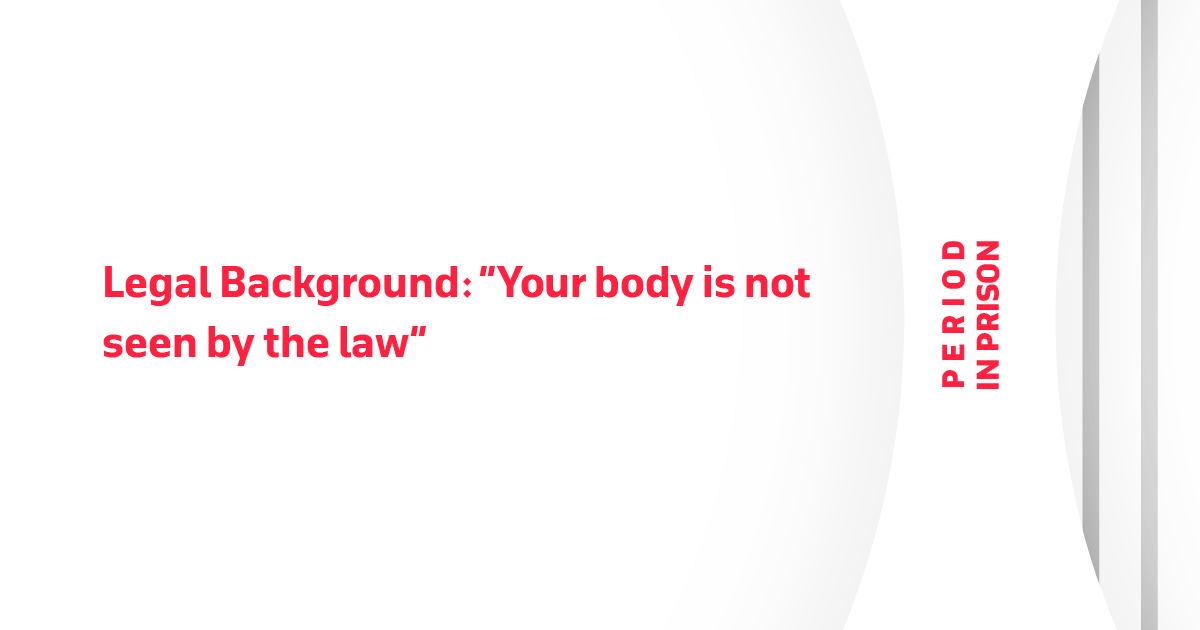 “As a woman, your body is not seen by the law,” former prisoner to EIPR when asked about how she coped with her monthly period while incarcerated. “Your body isn’t seen- that is, until you become pregnant.”

Specifically, the former prisoner was referencing the Minister of Interior Decree 468/2017 on the treatment and living conditions of prisoners (which amended the prior Minister of Interior Decree 691/1998), which does not acknowledge any special treatment for the special needs of women’s bodies until their third month of pregnancy in terms of distributing special meals to accommodate their additional dietary needs. 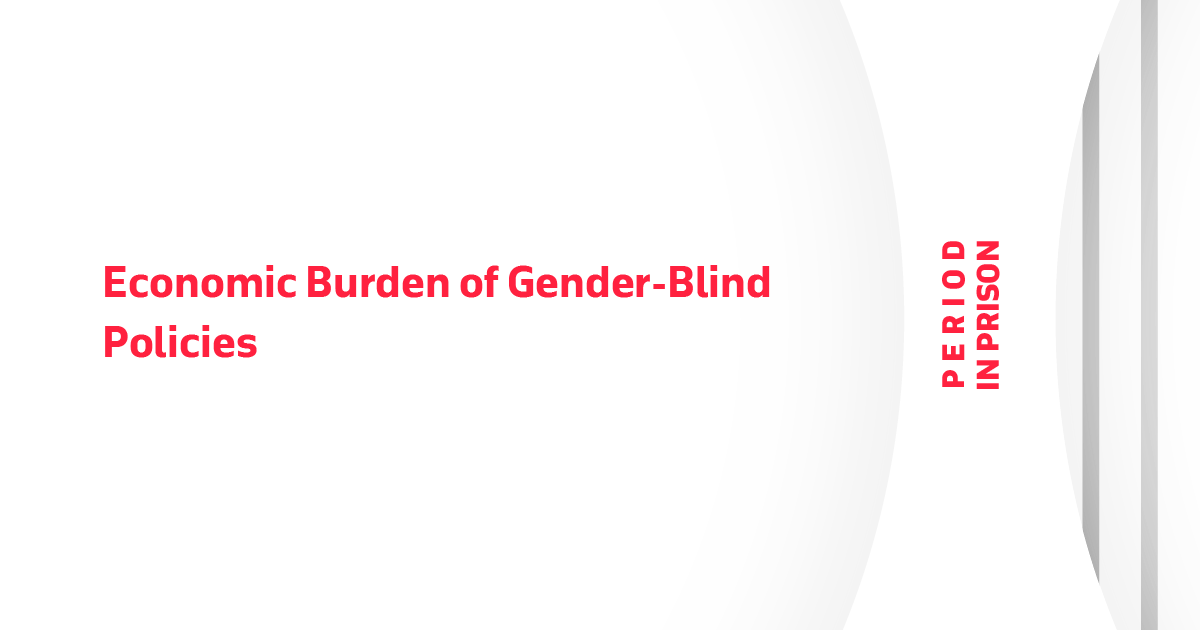 "Many criminal prisoners who work informally in prison—for example by cleaning, washing laundry, or selling handmade items to other prisoners—can barely rely on this work to access food let alone buy sanitary pads. So we are accustomed to them coming to borrow from us. But this is an unnecessarily demeaning and difficult thing to have to do. It should be every woman’s right to have this integral thing that is essential to her bodily functioning without having to buy it at inflated canteen prices or to beg other prisoners for it. "

“When I would visit my friends in prison after I got out, they would tell me the most important thing is the Always! And bring a whole lot of them. . . When the dollar value increased, everything else did with it. I remember an Always pack used to cost me 20 le in the prison, and it was about 10 le outside during that time. That’s a huge difference; they take double-fold the price. ”Former prisoner at Qanater Women’s Prison, March 2014 - August 2018 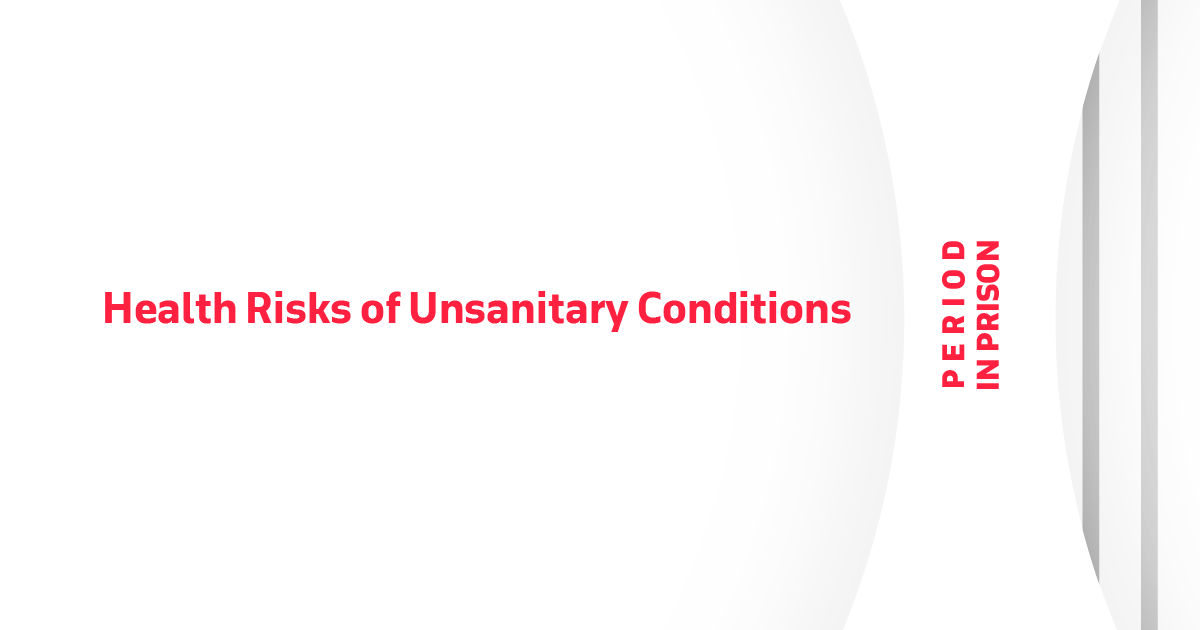 In Damanhur the prisoner: bathroom ratio was large and so, you can’t always get up and change your pad if you need to. It’s not that simple. . . Plus there were times when the water would only be available for 2 hours the entire day. . . On top of all that, sometimes you become worried that your pads will run out before the next visit, or if you gave out most of them to prisoners who asked for them . . in [all these] situations, you    find yourself waiting longer, and wearing the same pad for much longer, to avoid the hassle… which in the long run can lead to vaginal infections.”Former prisoner at Damanhur Women’s Prison, May 20150 May 2016, December 2017- January 2018

“Before I was taken to prison, I was disappeared for 16 days. I was sitting blindfolded in Lazoughli and another girl arrived while I was there. She had been disappeared for 3 days and was on her period when she was abducted, obviously without having any belongings on her. So when she first arrived she was drenched in her blood. She was a total mess and her clothes were totally blood-soaked.”   - Former prisoner disappeared and detained at Lazouglhi in December 2015.

The prison transport vehicle is in itself, completely inumane for a woman on her period. It’s terrible. From the metal interior you have to sit on, to the extreme shaking of the vehicle...it’s not comfortable at all...and in a trip that lasts 2 hours each way (to and from court for example). And when you get to the prosecutor, you cannot always use the bathroom. Also, when you’re going to the Kasr al-ainy hospital, for example, the trip is usually about three hours each way. So on days like these, it’s normal to spend the entire day wearing the same pad. -Former prisoner at Qanater Women’s Prison, December 2015- June 2016.