EIPR sees this judgment as justice for the complainants and a recognition of their rights to health and environmental safety. The judgment is particularly important because current environmental laws and regulations allow heavy polluting industries such as cement and coal-powered plants to operate in residential areas.

In the second stage of the IMF program: The government implements one-half of the required measures

The Egyptian government implemented half of the measures required of it under the terms of the agreement with the International Monetary Fund (IMF) from April to December 2017, the second IMF review period. 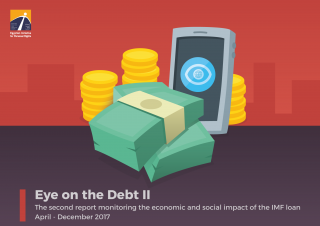 Eye on Debt II: The second report monitoring the economic and social impact of the IMF loan

Under the terms of the IMF program and the first review report issued by IMF experts in September 2017, the Egyptian government was obligated to carry out 17 measures to address economic problems in the period from April to December 2017.

The Egyptian Initiative for Personal Rights (EIPR) called on the Egyptian government to disclose the details of the agreements of the Dabaa nuclear plant. EIPR also demanded the government to abide by the constitution and present the agreement and the related loan agreement to the parliament and obtain its approval before the implementation and not proceed with the project under these conditions.

This report presents a qualitative narrative description of the state of healthcare in North Sinai from a Rights to Health perspective. It generates its quantitative data from official data sources and its narratives from contributions and input from a sample of community members in the governorate of North Sinai. 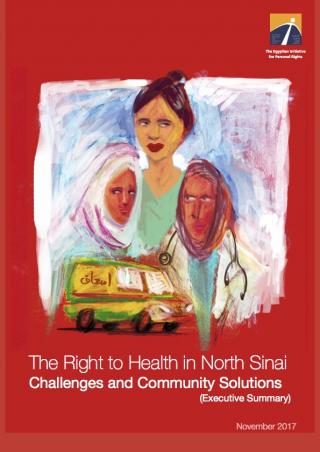 The right to Health in North Sinai Citizens’ Perspectives

This report presents a qualitative narrative description of the state of healthcare in North Sinai from a Rights to Health perspective. It generates its quantitative data from official data sources and its narratives from contributions and input from a sample of community members in the governorate of North Sinai.

Egyptian Initiative for Personal Rights (EIPR ) declared its objection to the recently issued nuclear energy laws and said that these laws contradict a number of legal and constitutional principles, undermine the independence of the Egyptian Nuclear and Radiological Regulatory Authority (ENRRA) and nuclear safety guarantees, as well as wasting state resources. EIPR demanded that these laws be reviewed and that nuclear power plant contracts not be signed for the time being. 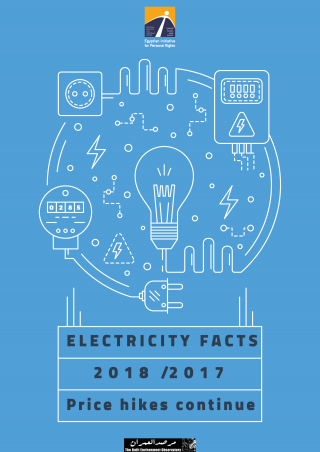 This report examines the effects that these increases have had on low- and middle-income households, questioning the justifications given for these price hikes, and concluding with a number of recommendations which would limit the burden on these households, introduce transparency and restructure financial management within the electricity sector.

The report shows that Ministe of Electricity Decree 312/2017 increased bills by 27 percent on average for the current fiscal year of 2017–18, following last year’s 33-percent increase. The hikes ranged from 15.4 percent for the first bracket (the lowest electricity usage bracket) to 43.3 percent for the seventh bracket (the highest). This shows some improvement on last year, when the biggest hikes fell on the brackets using the least electricity, but the third and fourth brackets, where most low- and middle-income users fall, did absorb major increases this year of 22.4 percent and 27.9 percent respectively.

EIPR issues “An Eye on Debt”: the first report monitoring the IMF loan program as of April 2017

The report, issued by the Egyptian Initiative for Personal Rights, aims to monitor the measures imposed by the loan program and their impact on the economy, both positive and negative. It also identifies the measures the government failed to carry out and attempts to offer alternatives that are less onerous for the public, especially low-income groups.